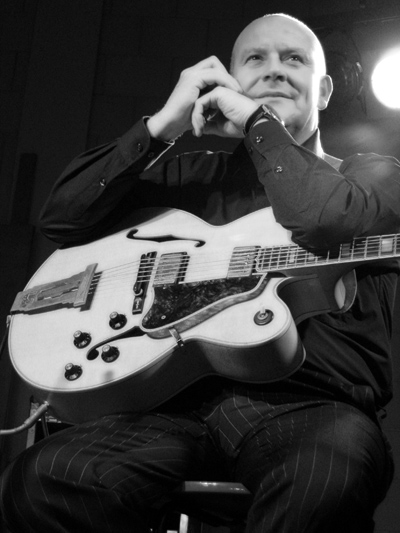 THE TEACHER
He has been a guitarteacher for over 35 years and inspired many young talents who are now well known players and teachers themselves, such as Prashant Samlal, Ed Verhoeff, Erik Rutjes, Niels Onstenk, Frank Burks, to name a few.

THE ADVISOR
As Course leader of the ‘Professional aspects in the Arts’ he stood at the professional basis at the beginning of many Conservatory students career, both in classical and modern music. He is active as advisor for young companies in the development of innovative methods in music education and their design of new App’s .